5 Sites Where You Should Be Using Two-Factor Authentication

Two-factor authentication is the new in thing when it comes to keeping hackers and scammers out of your accounts and far far away from your personal information and data. Many people are looking into where and how they can use two-factor authentication because it means an added layer of security that makes it harder for people to break through.

This is especially important for people who generally cannot come up with a lot of different passwords, or ones that are particularly hard to crack. While every site on the internet won’t let you avoid hackers who could be using mobile spy and pc monitoring software, there are a few you should make sure you’re using two-factor authentication on. 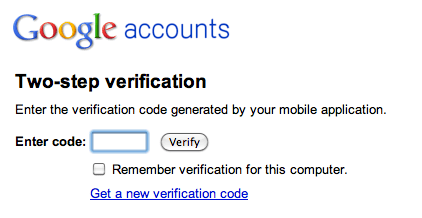 Your inbox has more dirt on you than your own girlfriend/best friend/mother. The three most popular email service providers have made sure that their users  can use two-factor authentication. Gmail will generally ask for a pin which is sent to your cell phone after you’ve punched in your password. This is extremely useful in the event that you’re one of those people who have to login through multiple systems during the day, because even if someone captures your password with a keylogger there is no way they can get a hold of the pin that’s sent to your personal phone.

Facebook is the place to be… these days it’s a lot like you stop existing when you’re not on Facebook and several people join in only because they start to feel left out when they’re not. But there are scammers and hackers waiting to dive into people’s personal lives on Facebook too. From your account settings you can select that option that makes Facebook require a security code every time you login from an unknown device. That way only your own person computer/laptop/cell phone can gain hassle free access to your account. What’s interesting is that even though malware, spyware and cell phone monitoring software are so rampant, people haven’t really caught onto two-factor authentication.

Anyone who has two minutes to spend on the internet has made sure that they’re signed up for the Dropbox cloud experience. And if Mitt Romney’s example is anything to go by, two-factor authentication becomes all the more important. You can store your entire world (or however much of it you can fit into the 5gb of free space you get) onto Dropbox which means that anyone who can break into your Dropbox account can pretty much access anything from your personal pictures of Justin Bieber to your collection of Britney Spears music you don’t want anyone to see.

While not every single person on the internet has a blog, the ones that do share a multitude of things through it. Some of them are personal, some of them are public but all of them are things you wouldn’t want someone to have unauthorized access to. Wordpress allows for two-factor authentication so that your blog stays your own.

Jane Andrew has been looking into new security measures to fight against old security problems. She writes for Mobistealth regularly and has been featured on several other prominent sites. She tweets @janeandrew01