Changing The Way We Watch TV

Since the creation and widespread uptake of the television set, it was always the same situation – TV programmes aired at particular times and prior to video and DV recorders, we sat avidly watching our favourite programmes and fitting our lives around the TV schedule.

For decades this remained the same way but since the dawn of the new millennium, television has undergone something of a revamp. No longer do we have to miss out on our favourite shows if the bus is late or family turn up unannounced, there are a range of sophisticated solutions that have revolutionised the way we interact with the humble television.

New Products for a new future 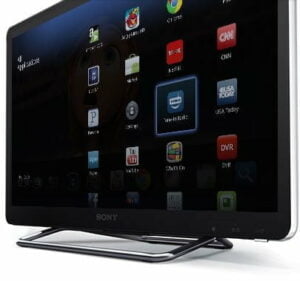 Products like Android TV have brought a new lease of life to the format of television. Not only can you watch the best in entertainment at any time of the day or night but the choice of channels has expanded widely offering something to match every taste. Far from the few channels of the past, there is bound to be something of interest on whenever you are ready.

On demand TV has taken off in a big way now that the television is not the only place where programmes can be watched and the way that we watch TV has changed forever within the space of just a short period of time. Watching our favourite shows on the train on a Smartphone or sitting in a cafe watching the latest comedy on an Android tablet and trying to stifle loud laughter, we are contributing to the many different ways that media is presented to us and our interaction with data.

Not Just a Pretty Picture

Of course, now the television isn’t just for watching programmes, with Android plug-ins such as the mk808 Android PC, it is possible to browse the web using the TV – checking email, viewing videos on YouTube on your big screen and even allowing interaction with social network sites such as Facebook and Twitter. There is even the choice to enjoy 3D high definition programmes where available and with the use of a simple webcam it is possible to have video call with relatives and friends all over the world! Marvellous really when you think that just a decade ago the only way to watch TV was to switch it on and watch the scheduled programming; now the whole internet is at your disposal on the TV screen.

Products such as Android TV have changed the way we all look at and interact with television and there are so many wonderful innovations on their way in the future that it looks like the way that we interact has changed forever and will probably continue to do so. Happy viewing!

Author Bio:
Melissa is a tech-writer specialising in technology reporting.