There was a time when 10 GB was enough space needed for data, but with advancements in technology, people need more and more space. With space they need security of their data as well as backup too. Now people have hard drives in TB, but still there are times when people need their data and don’t have their laptop or they forget to keep their external hard drives in their laptop bag.

For this purpose and our ease, the major email service provider has provided the facility of cloud storage for users who need their data everywhere they go without taking any device along with them. Even with hundreds of laptop accessories which can enhance the storage for the users, still there is a need of cloud storage. There was a time when yahoo briefcase was commonly used but with time there came better service providers. Following paragraph will include details of all three. 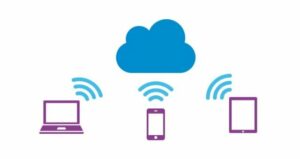 Google launched Google Drive to provide the facility of cloud storage. 5 GB storage is free, in which users can keep their important files anywhere, anytime. Users can also get a premium space of 100GB in just $59.88 with a maximum file size limit of 10 GB. If a user buys extra space, he gets 25 GB space in Gmail storage. Google drive can be used on all the Windows, Mac books, iPhone and Android devices. For compatibility issues, Google drive has not much to offer to its users as documents need to be converted to Google format. But Google supports sharing and editing of least common files such as AutoCAD.

Apple cloud is incorporated with Mac operating system which is the reason of limited access for other operating system users. So to use iCloud, users should be Mac users or iTunes users. iCloud provides 5 GB free space to its users and 50 GB premium space for $100 each year with a file size limits of 25 MB which way less than the other clouds. Only Mac, iOS and windows support iCloud so there is a restriction here too. Synchronization and backup for iCloud is limited to Mac OS users.

Microsoft has always been creative and innovative in all its products and with the support of all the applications launched by Microsoft, skydrive is a good choice for users. It gives 7GB space, which is more than others and for extra 100 GB users just need to pay $50 per year which is again much more value for money than others. Size for the files is restricted to 2 GB maximum. The main reason for preferring skydrive over others is that users can run skydrive on every device and every OS. With windows phone application from Microsoft, skydrive is the only cloud storage service which runs on windows phone. Microsoft office files are easily accessible, which again is a very important factor for users.

Author Bio:
Serven Wilson works for just4laptops online store where specialising in ladies laptop bags and writes on different alternatives to save data.