Behind BlackShades: What Skype Users in Oppressive Regimes Need to Know Now

In June 2012, the Electronic Frontier Foundation (EFF) along with the Citizen Lab, a division of the Munk School of Global Affairs at the University of Toronto, released information on a new remote access Trojan (RAT) horse virus called BlackShades. The virus was discovered in Syria, where it targeted the computers of Syrian activists who were working against the Bashar al-Assad regime. 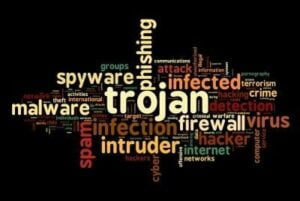 While most Antivirus software can now detect BlackShades, RATs like BlackShades, DarkComet and Xtreme are the first in a salvo of malware that corrupts VoIP (voice over IP) software. Many activists and journalists in oppressive regimes depend on Skype and similar programs because they encrypt VoIP calls, making them almost impossible to intercept and decipher. However, BlackShades has proven even VoIP is vulnerable.

What’s So Scary About Skype and Real-Time Messaging?

Some governments ban Skype as a national security measure. Because they cannot eavesdrop on Skype calls or IMs, they fear rebel forces could use the program to plot against the national government and to spread propaganda painting the government unfavorably.

The latest country to consider a Skype ban is Saudi Arabia, which has also considered banning other VoIP, real-time messaging and chat programs like WhatsApp and Viber. WhatsApp, for instance, has been used to organize protests against the government in Saudi Arabia. Those protests are completely illegal in the country and that has brought WhatsApp to the attention of regulators.

Although Microsoft does not provide a list of countries where Skype is banned, Ethiopia, many Middle Eastern countries, many Asian countries and some Mexican ISPs are known to prohibit its use.

To prevent infections from malware like BlackShades, the EFF recommends the following precautions:

Activists and journalists in oppressive countries take risks every day for their ideals; however, government surveillance has gone beyond bugging phones and hotel rooms.

About the Author: Jesse Fields is a journalist as well as a tech writer. He’s done multiple stories on oppressive regimes, and has worked personally with reporters who have dealt with such regimes.